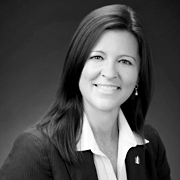 Marilyn currently serves as Associate Vice President and Associate General Counsel for Corporate and Intellectual Property Litigation and Discovery Management in the Office of the Chief Legal Officer at Nationwide. In this role she leads the teams responsible for managing and directing strategy for all Corporate and Intellectual Property litigation and Discovery Management for the enterprise. She also personally represents Nationwide in matters pertaining to the areas for which she is responsible including regulatory or agency matters. Previously, Marilyn led the teams which managed both Property and Casualty extra-contractual litigation and P&C Class action litigation. She also serves on the law department's Diversity and Inclusion Council.

Before joining Nationwide in 2007, Marilyn served as Employment Law Counsel at Rite Aid Corporation where she led the employment law legal team which managed and directed strategy in litigation, and other regulatory agency investigations along with class and collective actions. While at Rite Aid, Marilyn also served as Chief Negotiator and represented the company in collective bargaining and labor arbitrations and served on the CEO's Ethics committee. Prior to that time, she was in private practice in West Virginia, Illinois, and Pennsylvania. She has represented private and public sector clients, including public officials, in multiple industries in regulatory and litigation matters in federal and state courts and collective bargaining. She has been a featured speaker across the country including the American Bar Association Annual Meeting and Association of Corporate Counsel University.

Marilyn holds a BA in political science from West Virginia University and a JD from West Virginia University College of Law, where she serves on the Visiting Committee. She is licensed in Ohio, West Virginia, and Pennsylvania. She is admitted in various federal courts including the Courts of Appeals for the Fourth, Third, and Seventh Circuits and theSupreme Court of the United States. Marilyn is a Fellow of the American Bar Foundation and a past Fellow of the Leadership Council for Legal Diversity and sits on its Alumni Executive Council. Marilyn was a 2015 recipient of theHispanic National Bar AssociationRegion X President's Award and the Ohio Diversity Conference Diversity First Award. She is a community steward and served as Chair and Founder of the Women’s Leadership Network (WLN) for Delaware County, is President of the Ohio Women’s Bar Association (OWBA),and served as Board Chair of the United Way of Delaware County, Ohio.